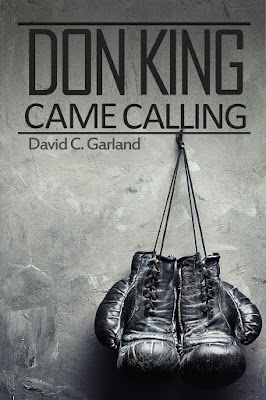 The book opens when I receive an unexpected phone call from Hector Elizalde, an employee at Don King’s office in Florida. He is en route to a meeting in Europe and will return to the UK in a week’s time. He promises to call again upon his return.

He is as good as his word and phones with an offer to join Don King’s organisation where the expertise I gained while working for CNN International for ten years, can be put to good use. Satellite broadcasting provides a means of distributing current or delayed footage of boxing programmes to subscribers throughout the world. Consequently, my knowledge will generate more income from the sale of Don King’s boxing programmes.

Subscribers download the satellite’s signals and, depending on time zones, they can broadcast the programming immediately or at a time of their choosing. Two broadcasts of the programme are permitted under the contract for each programme received.

The book, while concentrating on the Don King story, intercedes with my life story up to the time when I eventually join Don at his office in Florida. My knowledge of an annual event, named Sportel, which is held in Monaco, persuades Don King to rent a booth where sales of programming are made to buyers eager to meet Don King. This results in increased sales of his boxing programmes and opens the way for Sportel to extend its reach to an annual event in Miami.

Don King Came Calling, with its twists and turns is a remarkable book that will captivate its readers.


You can download this book in digital form for only £1.99 from all reputable on-line retailers.